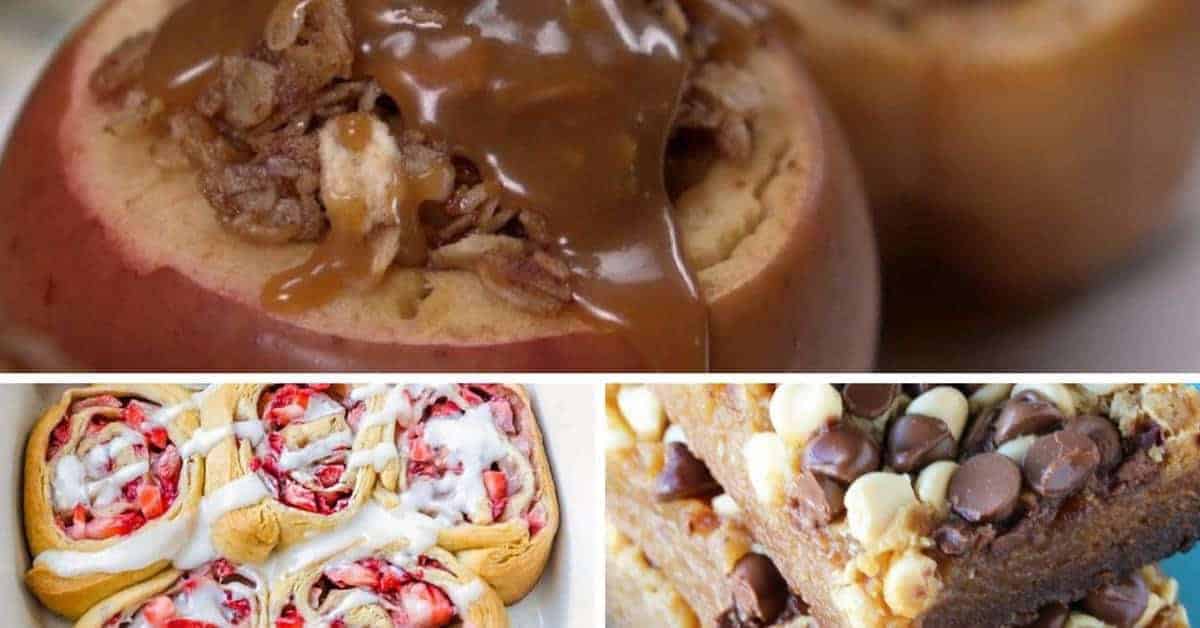 This article may contain links from our partners. Please read how we make money for more info.
3.0Kshares

Are you sick of living paycheck to paycheck? Grab our FREE Monthly Budget Template and take complete control of your finances today!

Want to learn how to start making $1,000 per month blogging? Sign up for our FREE Start Your Blog Boot Camp Now!

Okay, we need to warn you before you start seeing these slow cooker desserts. Have a towel ready because your mouth might literally start watering.

What else can you cook in a slow cooker?

Slow cooker desserts are some of the best desserts that you can make – first, because they’re delicious and second, because they are a total cinch to make!

Why make slow cooker desserts instead of baking in the oven?

I’ll make this really straightforward and simple, so you can get on with the recipes:

1) You get oven space back.

If you’re packing your oven full to max capacity to make a big holiday or family gathering dinner, you don’t want to have to be glued to the oven all day, just swapping out dish after dish until all the courses and desserts are baked. Get some of your time back so you can actually enjoy the family around you instead of being stuck, banished in the kitchen!

2) Your hot summer house will thank you.

Even if you’ve got air conditioning in your home, you’ll be happy that you chose to make brownies using one of these recipes instead of running the oven for half an hour. Not to mention it’s cheaper on your utility bill, too!

3) You can easily hide any lack of baking skills.

The name says it all — these recipes cook at least a little bit slower than traditional oven baking, depending on the specific recipe, of course. You’re far less likely to burn something with a slow cooker recipe, because you’ve got more time between starting it and forgetting about it to catch yourself before your smoke detector reminds you it’s done!

These slow cooker desserts are simple, easy, and the calories don’t count. Well, ok. Unfortunately, the calories do count, but they are well worth it.

Below we have found the best slow cooker dessert recipes we could find. Whether you like apples, coconut, or even fudge this list has it all! 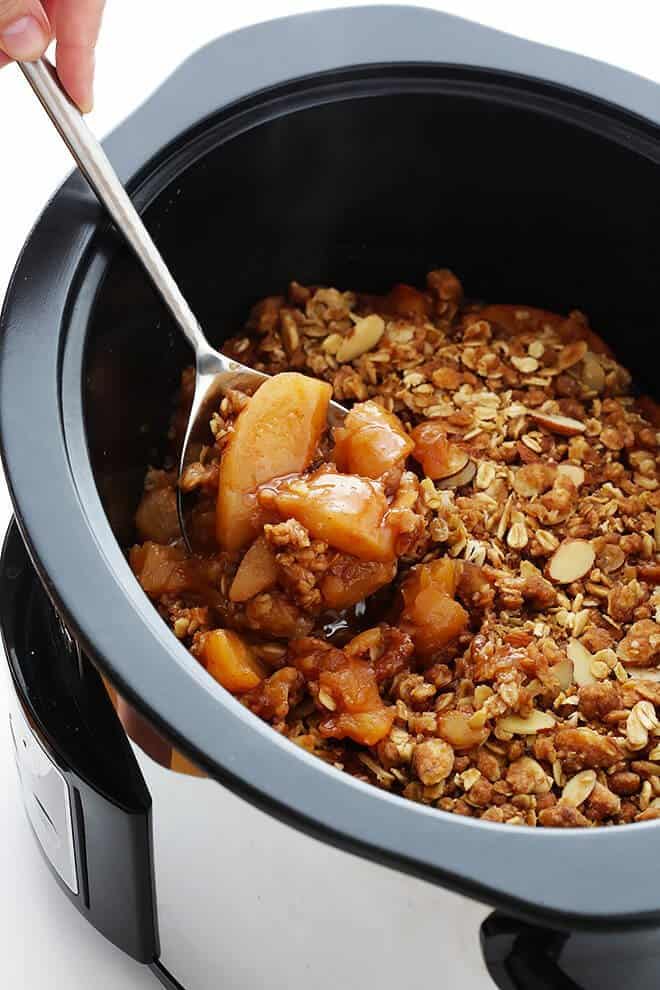 Found on Gimme Some Oven

The only words that come to mind when seeing this apple crisp are “Lord have mercy”. I am an absolute sucker for a delicious apple crisp. Topped with vanilla ice-cream and it is my favorite dessert of all time.

This is saying a lot since my sister once used salt instead of sugar to make this dessert. You could say the first bit was quite a surprise. 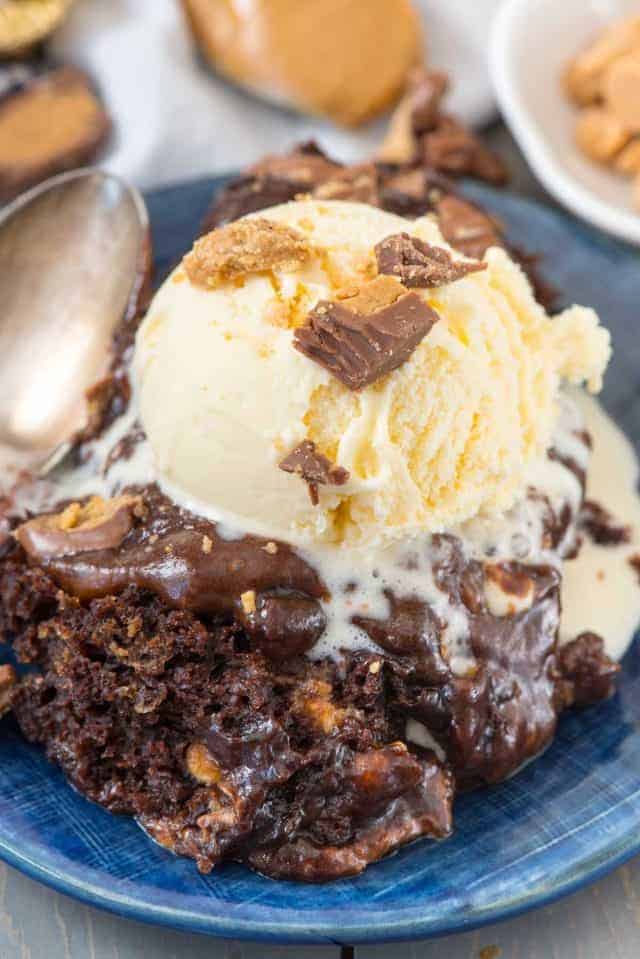 Found on Crazy for Crust

You had me at the peanut butter and chocolate combination. This slow cooker brownie pudding looks absolutely incredible. I bet it tastes just as good as it looks.

Found on The Best Blog Recipes

Very similar to monkey bread which we have every Christmas morning. We plan on giving the slow cooker version a try this year. You can’t go wrong with bread, cinnamon, and icing. 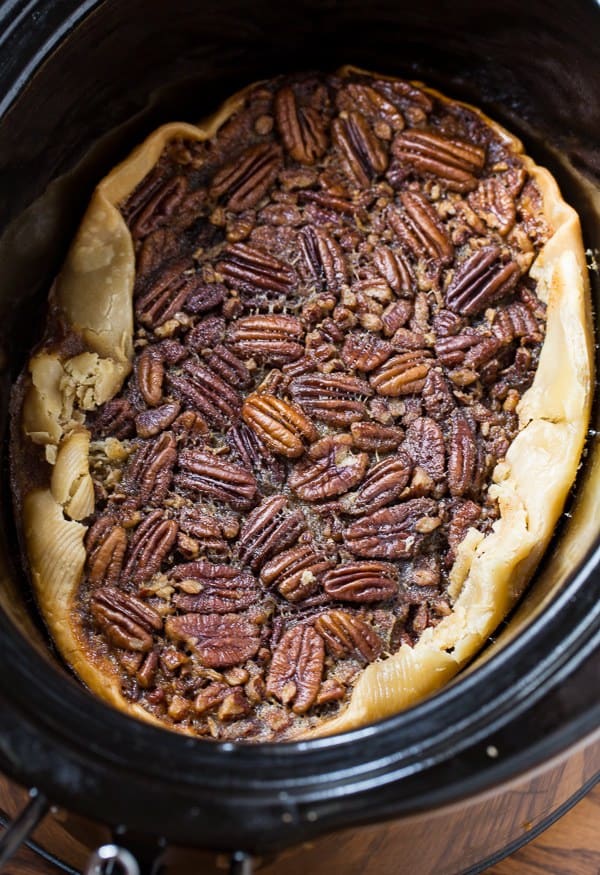 A very different type of pie and not meant for everyone. But those who like pecan pie this recipe is you for! Simple and easy to make with plenty to feed the entire family. 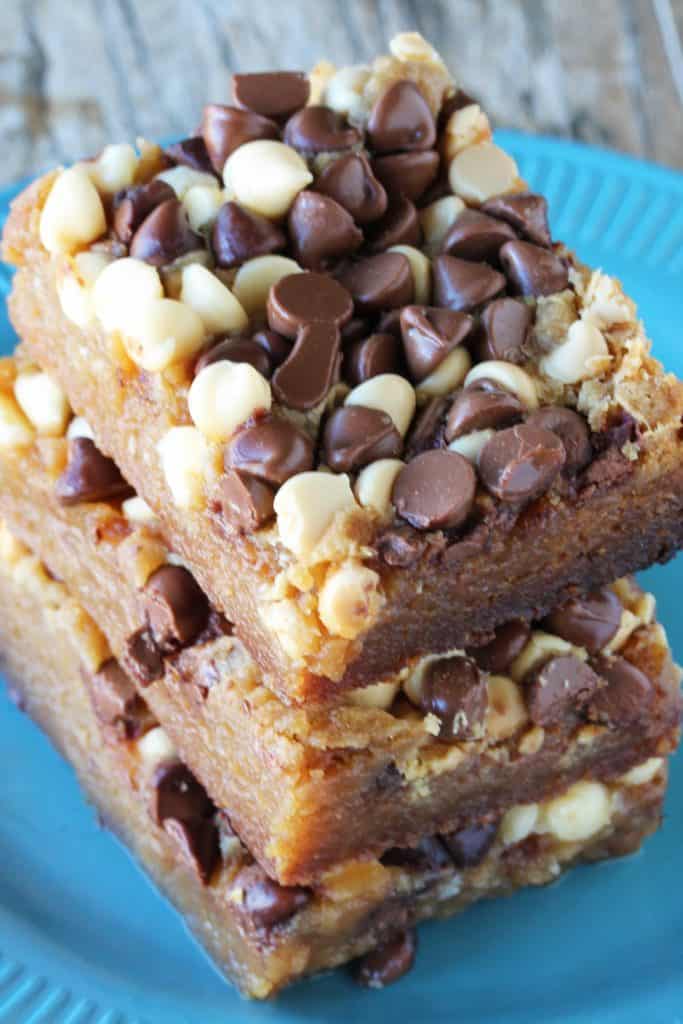 Found on The Stay At Home Chef

Hold on a second… sorry just had to pick up my jaw. These slow cooker cookie bars look BOMB! These savory dessert bars might be the easiest dessert to make on this list. We have a friend who makes these for our cookouts every summer and they are gone VERY quickly. 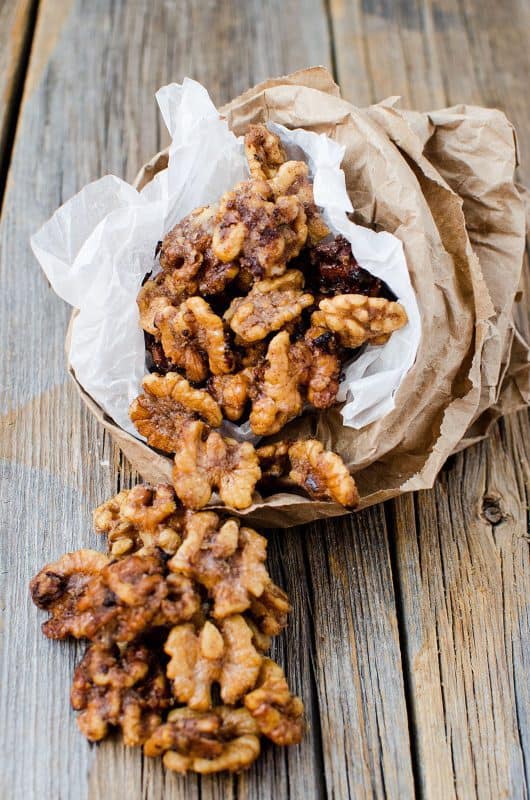 When was the last time you went to a fair and picked up some sugarcoated walnuts? Probably way too long ago. Well, now you don’t have to go to a fair to get your fix. Awesome slow cooker recipe by Tammilee Tips. 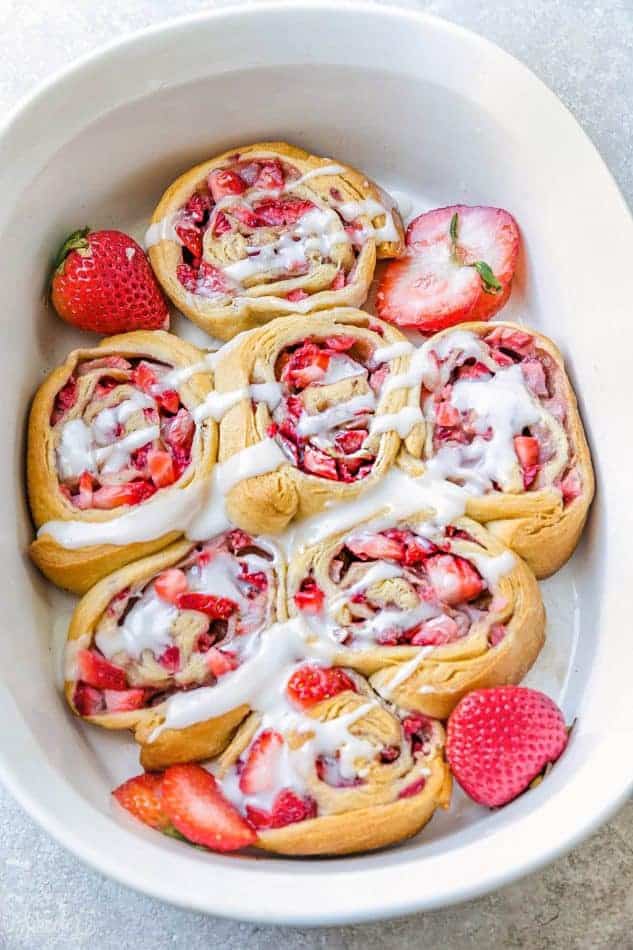 Found on Life Made Sweeter

These strawberry cinnamon rolls are to die for. With only a few ingredients this dessert is easy to make and will impress your whole family. It’s healthy because it has fruit in it….right?

Reeses is one of the most famous candies in the world. The natural thing to do is to add them to every dessert you make. Or create your very own homemade Reeses cake. 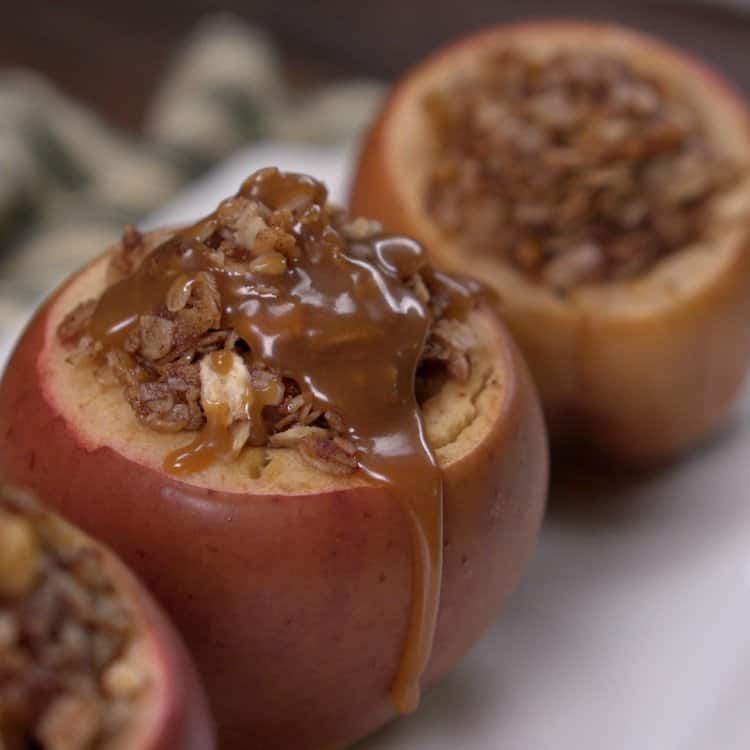 Apple has made the list again. What a unique way to have apple crisp. Picture yourself bitting into one of these soft warm apples straight out of the oven. You might start floating to heaven so be careful. 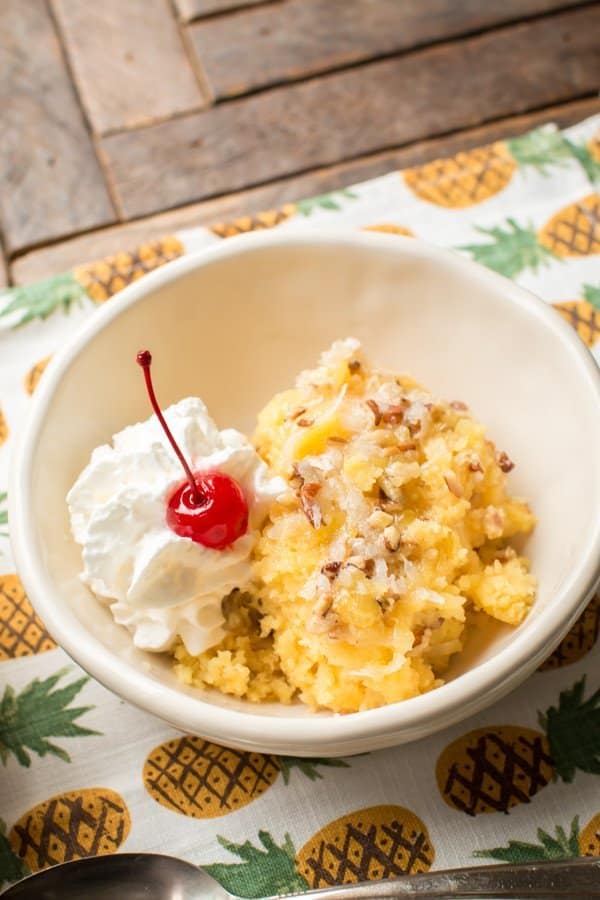 Found on The Magical Slow Cooker

Pineapple and coconut are one of the most delicious combinations ever. Bust out your crockpot in the middle of winter and make this dessert. You will feel like you are sitting on the beach in Cabo. 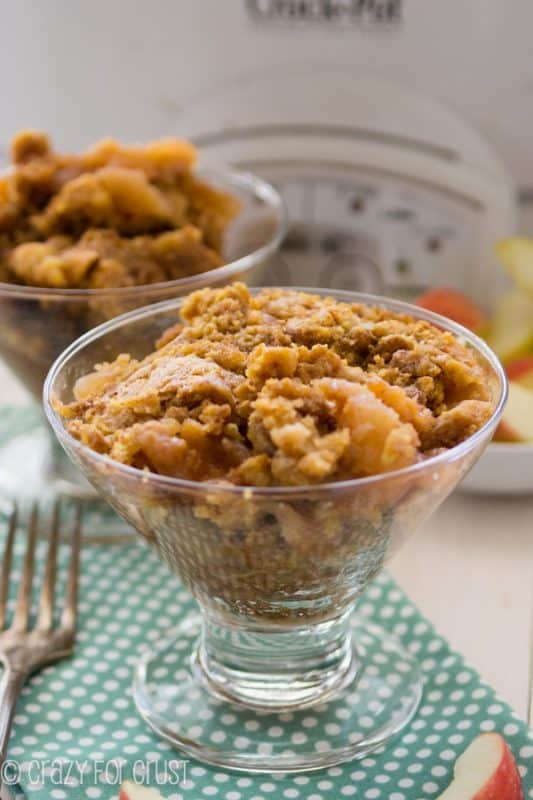 Found on Crazy For Crust

If this isn’t a slow cooker match made in heaven — the ultimate “dump and go” recipe, for your slow cooker! When it comes to slow cooker desserts apple flavors will always be a big hit, regardless of time of year! 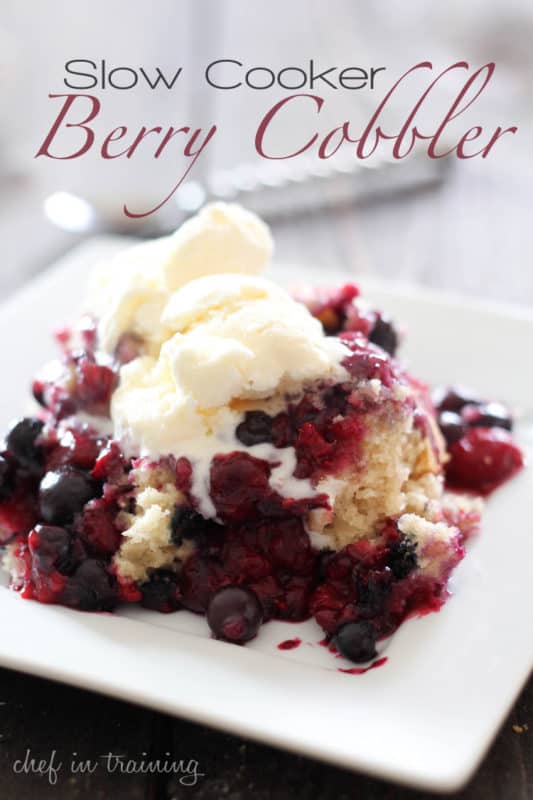 Found on Chef In Training

If you find yourself wondering “are slow cooker desserts healthy” well, the answer is typically no. But when you’re got a recipe so packed full of delicious and healthy berries, it marginally increases the “healthy” feel! Replace the ice cream with yogurt and you’ll take another step in the right direction! 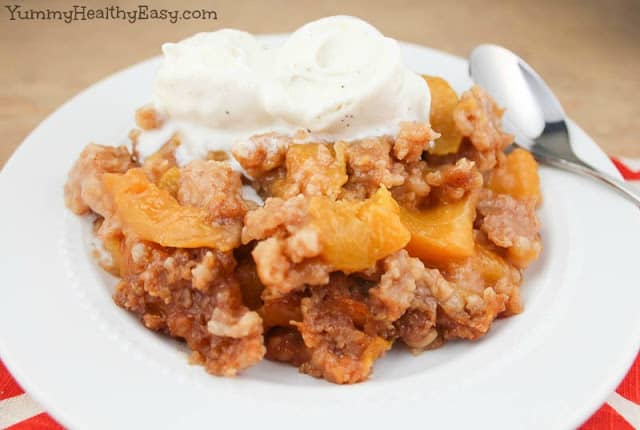 Slow cooker fruit desserts might be some of the favorites in our house because they always have such a fresh flavor! If berries aren’t your thing, this peach cobbler is a different but equally unique taste! 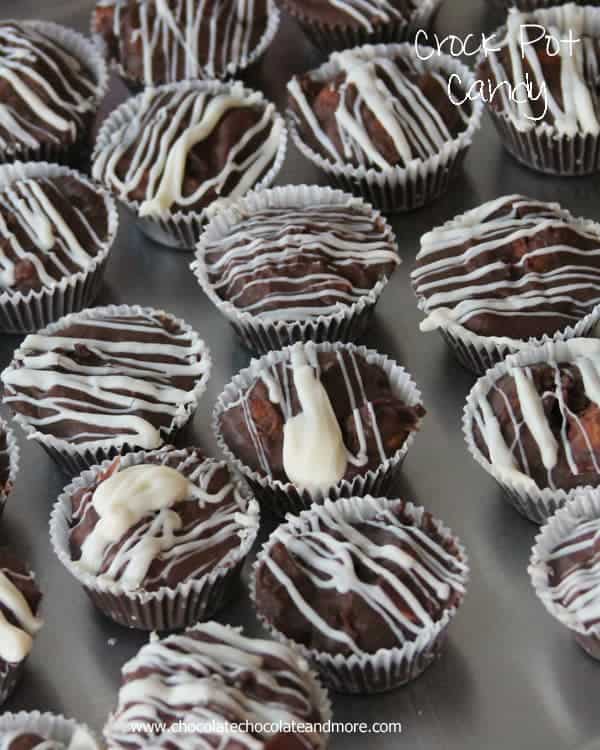 How cute are these little bites? For these little slow cooker desserts, chocolate is (as the blog name says) a pretty important ingredient, making this a perfect dessert to throw together for literally any occasion! You easily could swap the white drizzle for pink, for example, to make adorable Valentine’s Day treats! 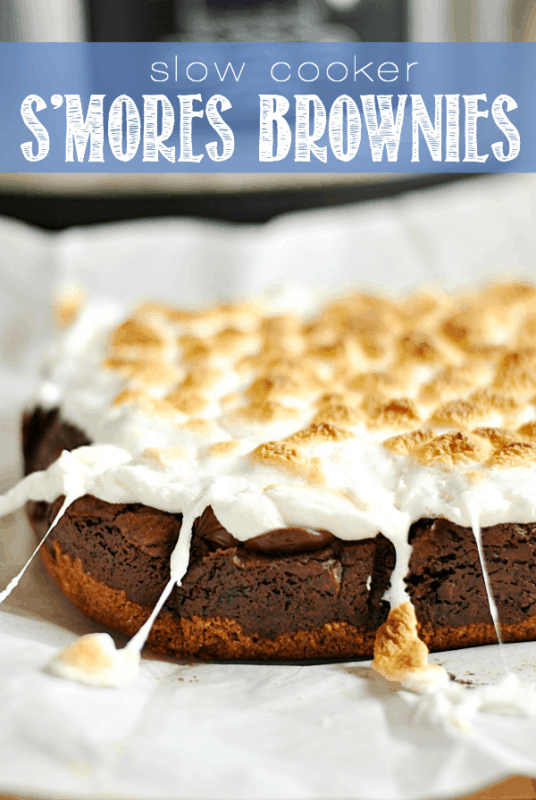 Found on Something Swanky

For those of us who live in snow country (ahem), this might just be crockpot heaven. S’mores are typically a summertime treat around here since we don’t have too many campfires mid-winter, so having a way to make s’mores indoors and without setting off all the smoke alarms is a total win! 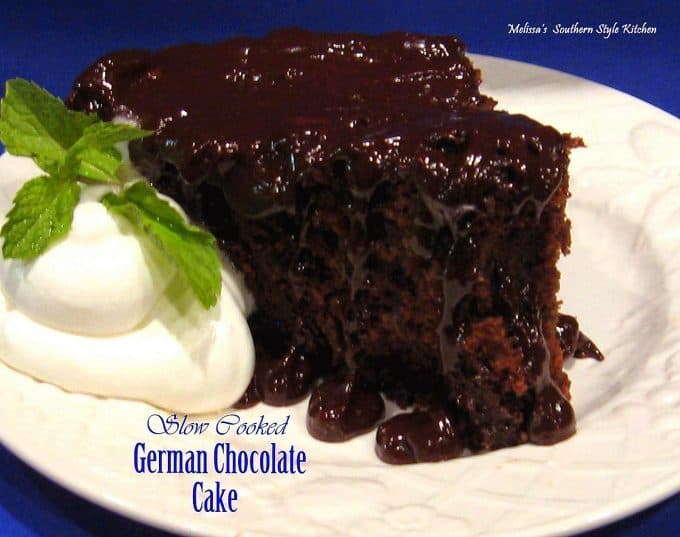 Who knew you could make such a rich and decadent dessert in your slow cooker desserts using cake mixes? A box of cake mix and a little effort and you’ve got an after-dinner treat that’s totally restaurant-worthy. 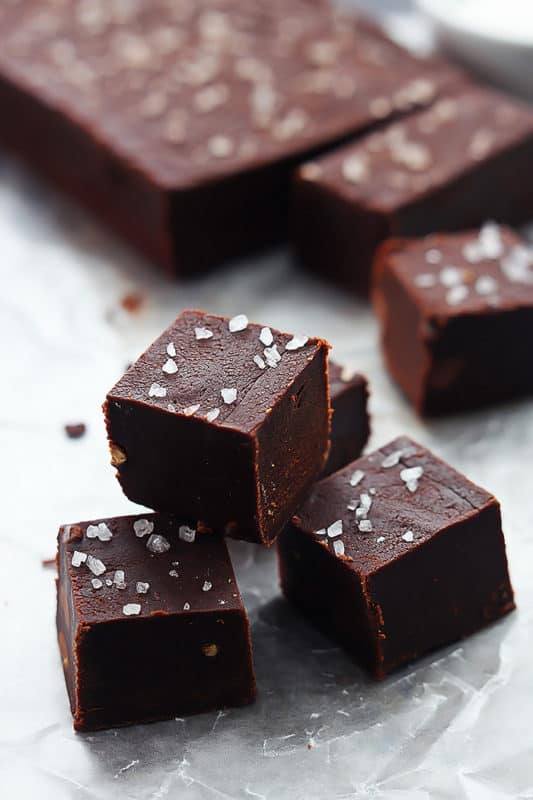 Ok, just kidding. THIS is crockpot heaven! Fudge always feels like such a rare treat, and always seems hard to make, but this might just be the hack we all need to be able to enjoy it more often!

Found on The Gunny Sack

Have you ever met anyone that doesn’t like a good pudding? Me either. But try this sort of healthier twist, calling for diced apples instead of being a pure bowl of sugary goodness! 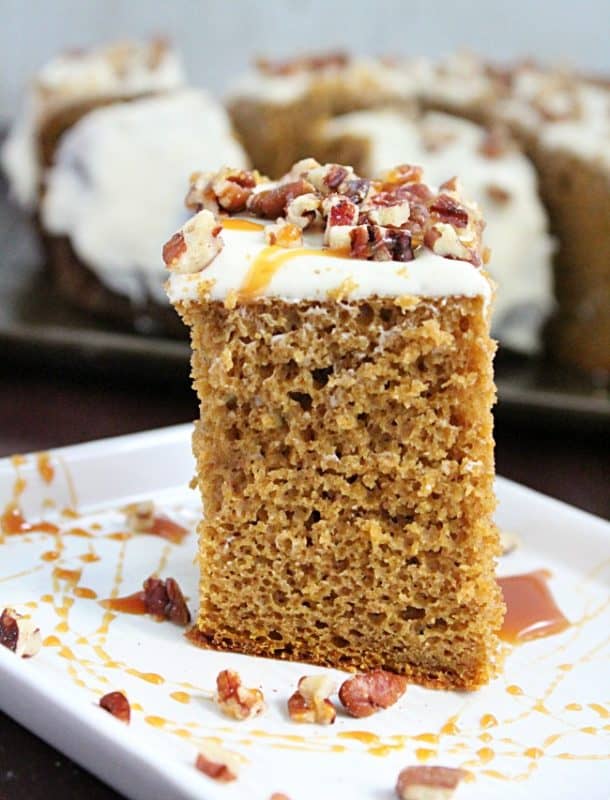 Found on Table for Seven

This is a great recipe if you’re in need of using up a little leftover pumpkin after the jack-o-lanterns have come and gone! A perfect fall recipe, but great for summer too (if you’re one of those autumn lovers like me)! 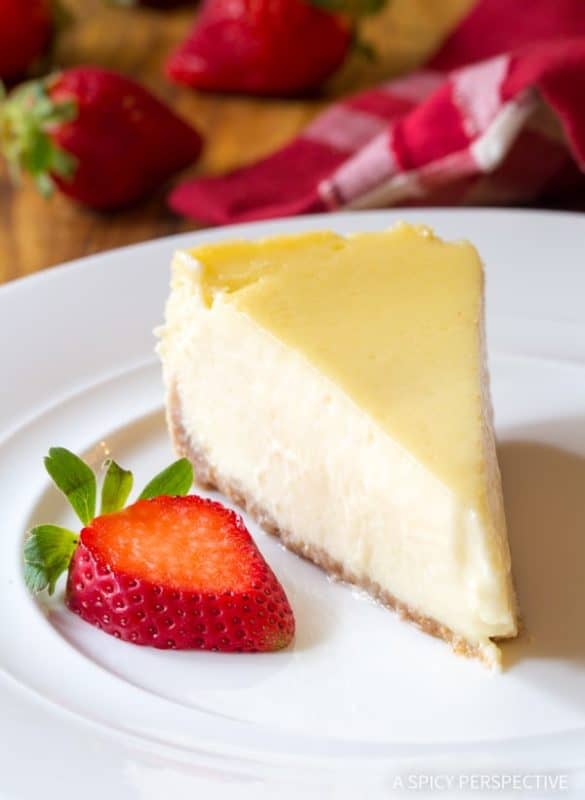 Found on A Spicy Perspective

Mix in some cocoa powder to easily make this a delightful slow cooker chocolate cheesecake recipe! 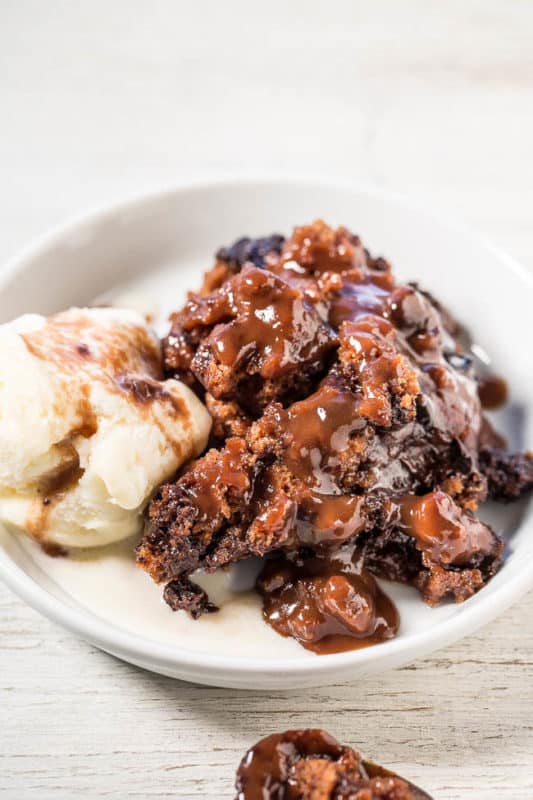 Calling slow cooker desserts tasty when they’re this incredible is like calling a rain shower wet. It just doesn’t do it justice! 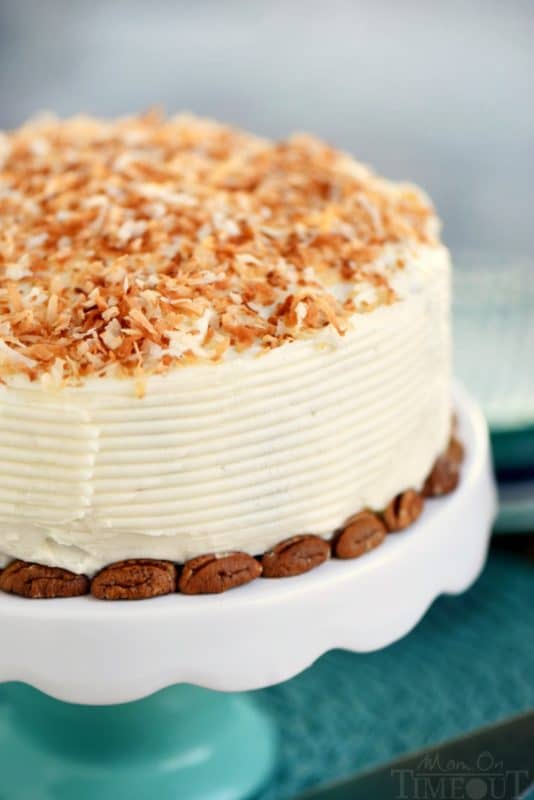 Found on Mom On Timeout

Everyone needs a good carrot cake recipe, and if you can make it even easier within a slow cooker then why wouldn’t you?! 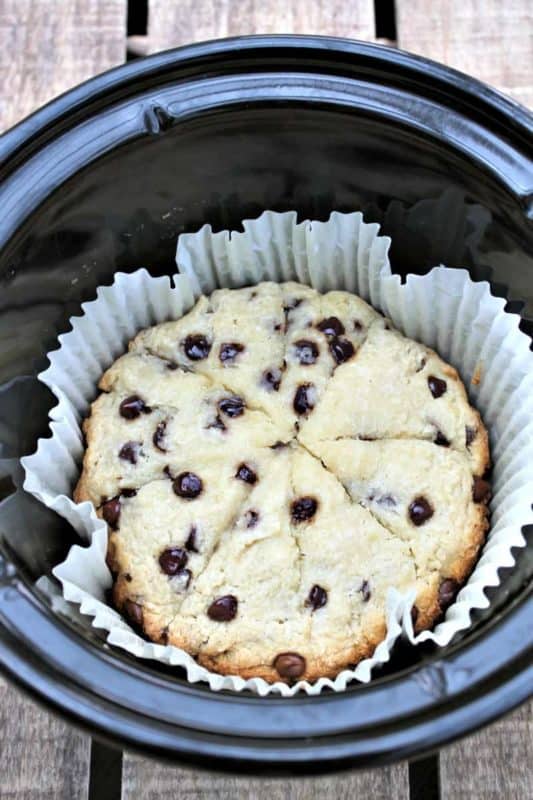 This might be a morning coffee game changer, to be able to have delicious scones whenever I want! Before finding this recipe, these were only a special occasion bakery treat! 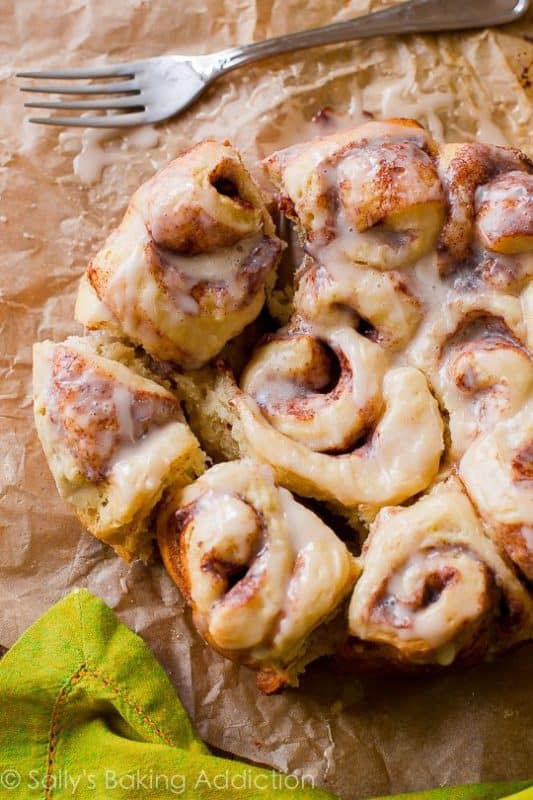 Earlier in the list was the fancy strawberry rolls, but we couldn’t skip the classic! There really isn’t any dessert that compares to a fresh-from-the-oven cinnamon roll…except for these! 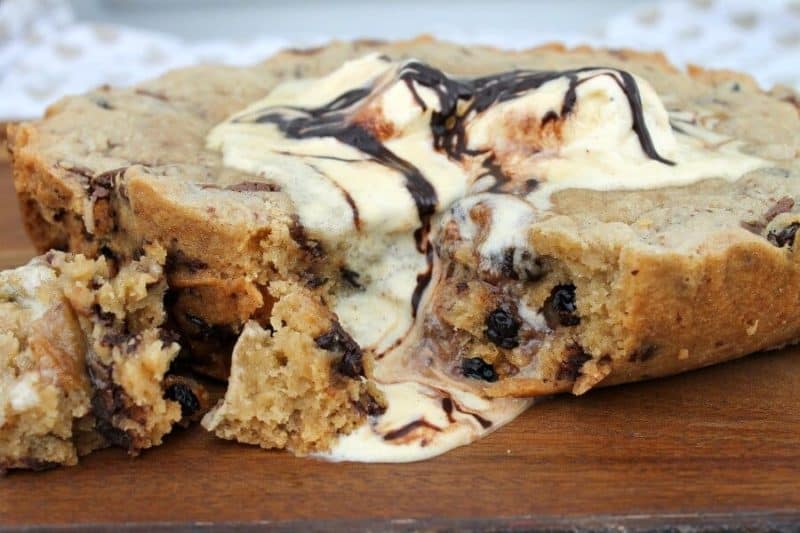 I thought we’d make sure to wrap up this list on a high note — a crockpot dessert recipe with a serving size for one! Oh, wait, that’s not how this works? I always thought one cookie was a one-person serving lol. Oh well. Use this for a quick and easy cookie cake next time you have a little something to celebrate (or just have a cookie cake craving)!

Were you able to actually read through this list without having your mouth water? I seriously can’t wait to start making some of these easy dessert recipes as the holiday season is upon us.

I think we can all agree that the best part of slow cooker desserts is the simplicity and easy cleanup.

What is your favorite dessert of all time? 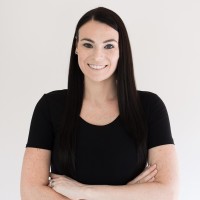 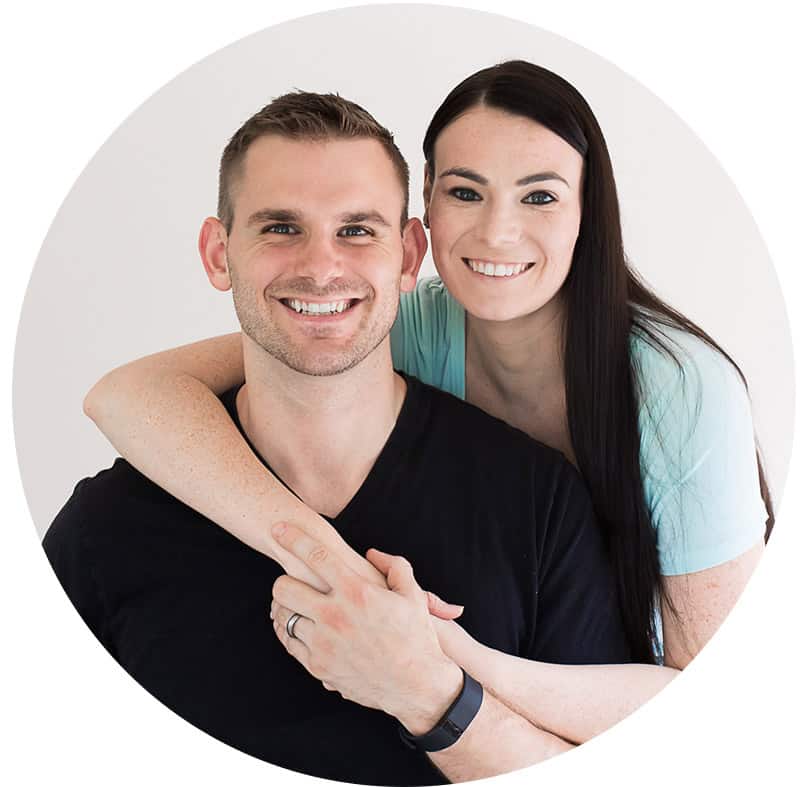 Hey, we are Kelan & Brittany!

Our mission is to help you simplify and organize your finances so you have the freedom to do more of the things you love! 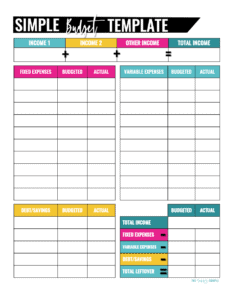 Are you sick of living paycheck to paycheck? Grab our FREE monthly budget template and start creating more time and money in your life!